Macedonian cuisine reflects the influence of the Mediterranean and the Middle East and shares the characteristics of another Balkan cuisine. If you visit Macedonia, you will be captivated by picturesque lakes, the numerous archaic monastery landmarks, and the alluring gastronomy. In particular, you will experience luxurious and vibrant traditional recipes, and some dating back centuries will evoke the best food you will try in your life. However, the number of cookbooks that share Macedonian recipes is not much. Here are 4 Macedonian cookbooks that we collected to share with you so you can confidently prepare delicious authentic Macedonian dishes without going to a restaurant.

The book “Traditional Macedonian Recipes” is the result of this cookbook’s collection as a hundred-year project of Canada, but created an endless treasure. Despite the book’s first 50 anniversary of the original printing, it has been found that audiences still require these cherished recipes.

This book makes a new improvement with completely identical content (with 40 additional recipes in the following version). We hope you enjoy the book and cast a thought back on the traditional cooking of those who came before us.

About the author: St. George’s Macedono-Bulgarian Eastern Orthodox Church is the author of this book and has extensive experience in processing traditional dishes of Macedonian. This is the only book, so it contains all the essence of the author’s culinary art.

Macedonia is known as a country in southeastern Europe on the Balkan Peninsula. Most Macedonian cooking traditions are interwoven with the culture of neighboring countries (Albania, Greece, Romania, Bulgaria, Serbia, and Kosovo). So you might be surprised that some of the dishes seem to resemble some of the region’s traditional recipes. However, the difference is in the traditional components of the Macedonians.

In this cookbook, you will find more than 245 traditional Macedonian fares, including lentil soup, potato salad, sauces, and an assortment of pita dishes and a multitude of delectable desserts, such as gurabii, baklava, and ravania. Therefore, you can easily choose to prepare your table for some of the most delicious Macedonian dishes.

Traditional Macedonian cuisine is inherited mostly from the Turkish taste that prevailed during the Ottoman rule and is a combination of Balkan and Mediterranean characteristics.

In this book by Goce Nikolovski, you will be provided with over 333 authentic recipes based on traditional Macedonian ingredients and divided into several categories:

“Outstanding and tasty! The recipes are easy to make, and they taste great. This book is well worth your time. Your efforts will be rewarded by what you create.” – Kindle Customer

About the author: The author of this cookbook is Marija Trajkovski. The author spent a lot of effort to create this only great cookbook that you can read. Although the author does not publish many cookbooks, this book presents the quintessence of the traditional Macedonian cuisine he has acquired.

We hope you like this post and finally find out your favorite cookbooks. Meanwhile, we welcome you to explore our site and discover more cookbook recommendations from the same cuisine below. 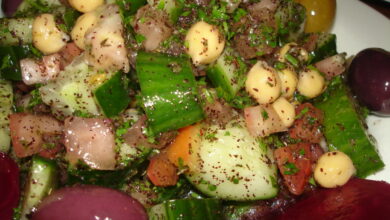